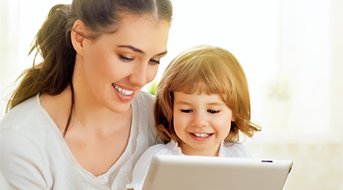 How Can We Help?

How To Speak To Your Child About Bullying and Gun Violence

Out of a random selection of 100 teens, how many would you guess have reported being bullied in the last year? Five, ten, or perhaps even more? In a recent study, 1-in-5 teens reported being bullied over the past year. That’s twenty-teens out of a hundred. The study, “Weapon-Carrying among Victims of Bullying,” goes on to say that victims of bullying were twice as likely to carry a knife or gun to school. Additional risk factors such as being threatened or injured at school, fighting at school, and/or skipping school out of fear for their safety—made it even more likely that teens may bring a weapon to school.

Upon examining data from the 2015 Youth Risk Behavior Survey for high school-aged teens (grades 9-12), researchers found 20.2% of students reported being bullied over a one-year period, and 4.1% of students reported carrying a weapon to school in the past 30 days. When analyzing the impacts of additional risk factors individually, the odds of weapon carrying increase when bullying is involved:

By comparison, bullying victims who did not experience any of these additional risk factors were not found to be at increased risk of carrying a weapon to school. This led researchers to conclude that parents, pediatricians, and school personnel should be on the lookout for red flags such as unexplained bruises or injuries, skipping or avoiding school, and/or frequent truancy. However, more research is needed in order to understand how bullying impacts girls and boys differently as well as the reasons teenagers decide to bring weapons to school.

Speaking to your child about bullying is difficult. Parents are forced to compete with countless sources of media and messages related to these issues. Consider what your children have access to and limit the amount of negative and violent content your children are exposed to.

By the time a child reaches middle school, they may have seen as many as 8,000 murders and as many as 100,000 other acts of simulated violence throughout the media.

Studies show that children who have experienced more violence in a virtual world—video games, movies, and television—are more likely to display aggressive behavior, aggressive thoughts, and/or angry feelings in the real world.

The AAP recommends that parents protect children aged 6 and under from all virtual violence whenever possible since they may not always be able to distinguish fantasy from reality. Parents should also be mindful of the media their child consumes and should watch media and play games alongside their children.

Restoring Normalcy After a Traumatic Event

In the days, weeks, and even months after a traumatic or violent event, parents should make an effort to do everything possible to make sure that their children feel secure, and that a sense of normality returns to their life.

The words a parent uses can communicate support and encouragement or can make the situation worse. Without positive encouragement from the people they love, a child may turn to emotional and self-destructive behavior. Being targeted by a bully can make a child more vulnerable to anxiety, depression, substance abuse, and low self-esteem. Grades may drop, they may become disinterested in any physical activity and want to avoid school altogether. In addition, they are two times more likely to consider suicide.

Other Ways Parents Can Help

Correct your children if you overhear them bullying anyone. Suggest they intervene when they observe bullying by telling a teacher or parent. Studies show that over 50% of bullying stops if a peer steps in to defend the person being bullied.

Cyberbullying has doubled from 18% to 34% from 2007 to 2016 with up to 50% of cyberbullies remaining anonymous. Monitor
your child’s computer and smartphone for indications they are being bullied, then talk to them about how and if to respond.

Consider what you say in front of your children.

Speak to teachers and guidance counselors at your child’s school about their bullying policies. With almost 21% of children being victims of bullying, being a proactive parent can help to protect your child.

Talk to Delaware Pediatrics about other supportive tools and methods to help your children feel and stay safe.